6 PERFORMERS WE CAN’T WAIT TO SEE AT LIVING COLOR! 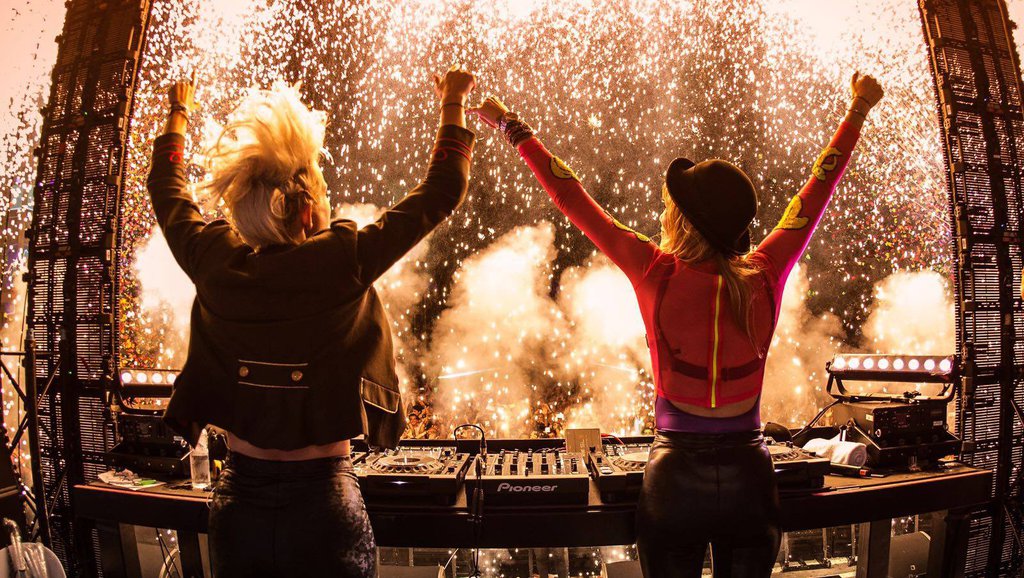 Ready to greet the crowds on a 250 m² first of its kind stage at Ayia Napa’s open air Modern Athletic Centre, world famous DJs will be playing alongside Greek and local talents including Andy Von Emmanouel, DJK. Kypros Karaviotis, Junior Rush, AVE and El Gato. Want to find out more about the world famous names playing at the upcoming event? Here’s the lowdown as the excitement builds!

These two musical talents hardly need an introduction! The world famous Belgian DJ and record producer brother duo, Dimitri Michael Thivaios, are at the very top of their game, dominating the electronic music scene and becoming the first ever duo to win the World #1 DJ’s crown at the prestigious DJ Mag Top 100 DJs Poll in 2015. Today, the twosome continue to stand strong and in ever-changing landscape of modern dance music, now claiming 2nd place.

Whether wreaking havoc across Europe, Asia, Australia, North or South America, ripping up the music charts with immense studio releases, cutting huge remixes for the A-list elite or playing their part in the incredible rise of the Belgian mega-festival Tomorrowland, the award-winning brotherly duo have now become the leading lights in the new wave of international dance music currently taking the planet by storm. Soon preparing to play for their loyal fans at Living Color, we await their electrifying live performance with bated breath!

Bound to knock your socks off, prepare to bow down to this brilliant Australian duo – Miriam and Olivia Nervo – who enjoy worldwide acclaim as musicians, record producers, composers, singers, songwriters and models. Known by their ‘Nervo’ stage name, last October they played at the Amsterdam Music Festival as a part of ADE (Amsterdam Dance Event) on the opening night of DJMag Top 100, after receiving the award for the highest ranked female DJ category.

And the award was certainly well deserved! Having written and produced hits for the likes of Kylie Minogue, Ke$ha, The Pussycat Dolls, Afrojack, Steve Aoki and Miley Cyrus (Hannah Montana) to name a few, and receiving a Grammy Award for writing ‘When Love Takes Over’ for David Guetta and Kelly Rowland, the Australian sisters have risen to stardom with their song writing skills alone. Add to this a DJ schedule spanning over 200 live shows in all far-flung corners of the world every year, with main stage slots at some of the world’s biggest festivals, residencies at super clubs and climbing as high as #16 in the DJ Mag top 100 DJ’s, and it’s fair to call them one of the biggest dance acts in the business!

“The main aim is to up my game at every possible turn without compromise,” Nicky Romero (Nick Rotteveel) once proclaimed, and this Dutch DJ, record producer, musician and remixer phenomenon certainly kept his word! Currently ranking number 29 on DJ Mag’s annual Top 100 poll, strike up a conversation about the current state of EDM and it won’t be long before Nicky Romero gets an emphatic mention.

His Protocol brand has quickly established itself as a leading dance music platform, amassing millions of listeners the world over, while his studio output includes ‘S.O.T.U.,’ the worldwide hit, ‘Legacy’ with Krewella, his solo single, ‘Symphonica,’ his UK #1 ‘I Could Be The One’ with Avicii, and remixes for Zedd, Calvin Harris, and more. Additionally, Romero produced Rihanna’s track, ‘Right Now,’ together with David Guetta, as well as two tracks for Britney Spears.

Whether it’s his own original song, a collaboration, or an inventive remix, he consistently receives massive support from a veritable who’s who of dance music aristocracy. Behind the decks his tenacity has rounded out an intense international touring schedule, now preparing to work his magic in Ayia Napa this August.

Most fans remember the great moment that this powerful duo exploded onto the scene with their dancefloor bomb ‘Mush Mush’, picked up by Tiesto and released on his Musical Freedom label. The track dominated the Beatport top 10 chart for over two months and was one of the biggest festival tracks of the year. Since then, Bassjackers have reached massive new heights in their career with numerous chart-topping bangers and hit collaborations with the likes of Martin Garrix, Afrojack, KSHMR, Dyro, R3hab, and Showtek, as well as remixes for A-list artists including Rihanna, Enrique Iglesias, Moby, and Ne-Yo.
At the top of their game, Bassjackers continue to light up stages worldwide and wow crowds along the way. The duo-DJ, Marlon Flohr, and producer, Ralph van Hilst, perfectly complement each other with their opposing personalities; Marlon being the wild one rocking every stage they play and Ralph being the more cool and collective personality, preferring to shine behind the scene on the producer’s seat.

Over the past few years, Angemi has become one of the fastest rising dj-producers on the EDM scene, having reached worldwide popularity following the viral diffusion of his ‘What If’ videos. Mentors Dimitri Vegas and Like Mike soon discovered his real potential, recruiting him to be part of their Smash The House management team as Angemi soon embarked on worldwide tours.

In June 2016, he remixed the huge Lost Frequencies hit “Beautiful Life” hitting more than 1.000.000 plays on Spotify for the first time in his career. The huge festival anthem ‘Collab Bro’ followed, and in July 2016 he made his big debut at Tomorrowland, impressing crowds with his mixing skills and outstanding energy. Having also performed at some of the biggest EDM festivals in the world, Angemi grows from strength to strength, and he’ll soon be landing down in Ayia Napa for one massive spine tingling party unlike the rest.

This highly talented Dutch DJ and producer, Quinten van den Berg, has become of the leading forces in the global music scene today. Working with legendary names including Tiësto and Hardwell, signed to the world’s largest dance label Spinnin’ Records, this is a DJ whose career gets boosted year by year. He conquered the Dutch club scene from a young age and in 2011 he released the platinum certified track ‘Epic’ with Sandro Silva in 2011. ‘Go Hard’ was then released in 2014, reaching 32 million YouTube views and 2.3 million Spotify plays.
Fast forward to the present day and Quintino jets around the world for more than 200 international gigs a year, now an acknowledged headliner of the biggest festivals around the world. That’s not to forget that he has been remixing for the likes of Galantis, Major Lazer and more, which have been played in many clubs and festivals. Notable releases include a remix of ‘Rap das Armas’, ‘Selecta’, ‘Go Hard’ and ‘Fatality’. In 2014, he was named #86 in the Top 100 DJs list put out by DJ Magazine. We’re ready to welcome him with open arms!